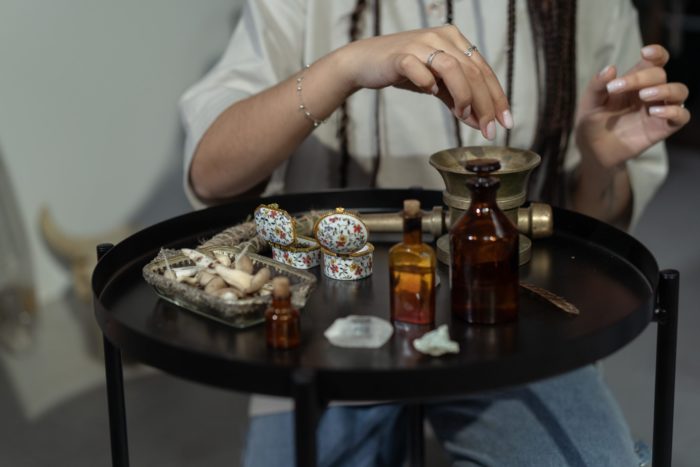 According to recent reports, an increasing number of Millennials are embracing the ancient and alternative belief systems of Paganism and Wicca.

As young practicing Wiccans are quick to point out, this isn’t merely a fashion statement or passing trend — their beliefs run much deeper and are a reflection of today’s most sweeping societal changes.

“We live in an era where information about esoterism and alternative beliefs is easy to access,” says Christophe Barril, a Montreal-based editor who works for Edelwyn, a popular website dedicated to tarot and astrology.

These resources aren’t banned or limited in their availability to a closed coven of like-minded spirits, as was the case until only a few years ago. They are widely within people’s reach, allowing the younger generation to ask questions and share their findings online.

“All we have to do is go on the web. There are so many videos, articles and books that thoroughly explain this stuff in an objective way,” says Barril.

The clergymen, scriptures, and institutions of traditional Abrahamic religions are no longer viewed as moral authorities by many members of the younger generation.

This has led to a social environment in which people are generally not so interested in listening to everything that a clergy person or elder tells them to do. For example, there were widespread movements in the 1960s that had to do with women’s rights and the rights of racial, religious, and ethnic minorities

On top of that, the media had a lot of power in enacting social change by pushing certain ideas and fashions on the masses. The 1960s was a huge turning point in the culture of America. The country went from being more conservative to being more liberal. This can be seen in the change of dress codes that happened during that time period. Many public schools required girls to have skirts of certain lengths and boys to have pants with a certain level of looseness.

Once the 1960s were over, a lot of schools allowed kids to dress in the types of clothes that they dress in now (i.e. girls wearing pants and boys wearing tight pants). A culture of questioning and skepticism was created.

Alternative beliefs have been normalized

There may be negative individuals who are into such beliefs, though the same can be said about the Abrahamic religions. Bad individuals will always exist in every religion.

Millennials live in a post-industrial world where a complex quality and texture of life has been created that has never existed. Old ways are turned on their side.

For instance, millennials believe more in the rights of the individual and the importance of people’s feelings. In the texts of Abrahamic religions, it does not seem that the individuality and feelings of each person are equally taken into account. For example, women are the ones who are commonly passed around, married off, and shamed if they don’t obey the rules of the men. This does not sit well with a lot of Millennial women.

In short, many people are turning to alternative belief systems like Wicca because of the fact that Abrahamic religions don’t mix well with their lives, subcultures, and values. The scriptures from Abrahamic religions, or at least the interpretations that scholars make from the scriptures, appeal to another time and culture.

Little Known Details About the Bible That Will Pleasantly Surprise You
Influence of Breathing Practices on Students Learning
Luck Birds: The Symbolism Behind 5 of the Most Lucky Species